New Book Released on the Anniversary of Drenpa Namkha and Sons

New Book Released on the Anniversary of Drenpa Namkha and Sons 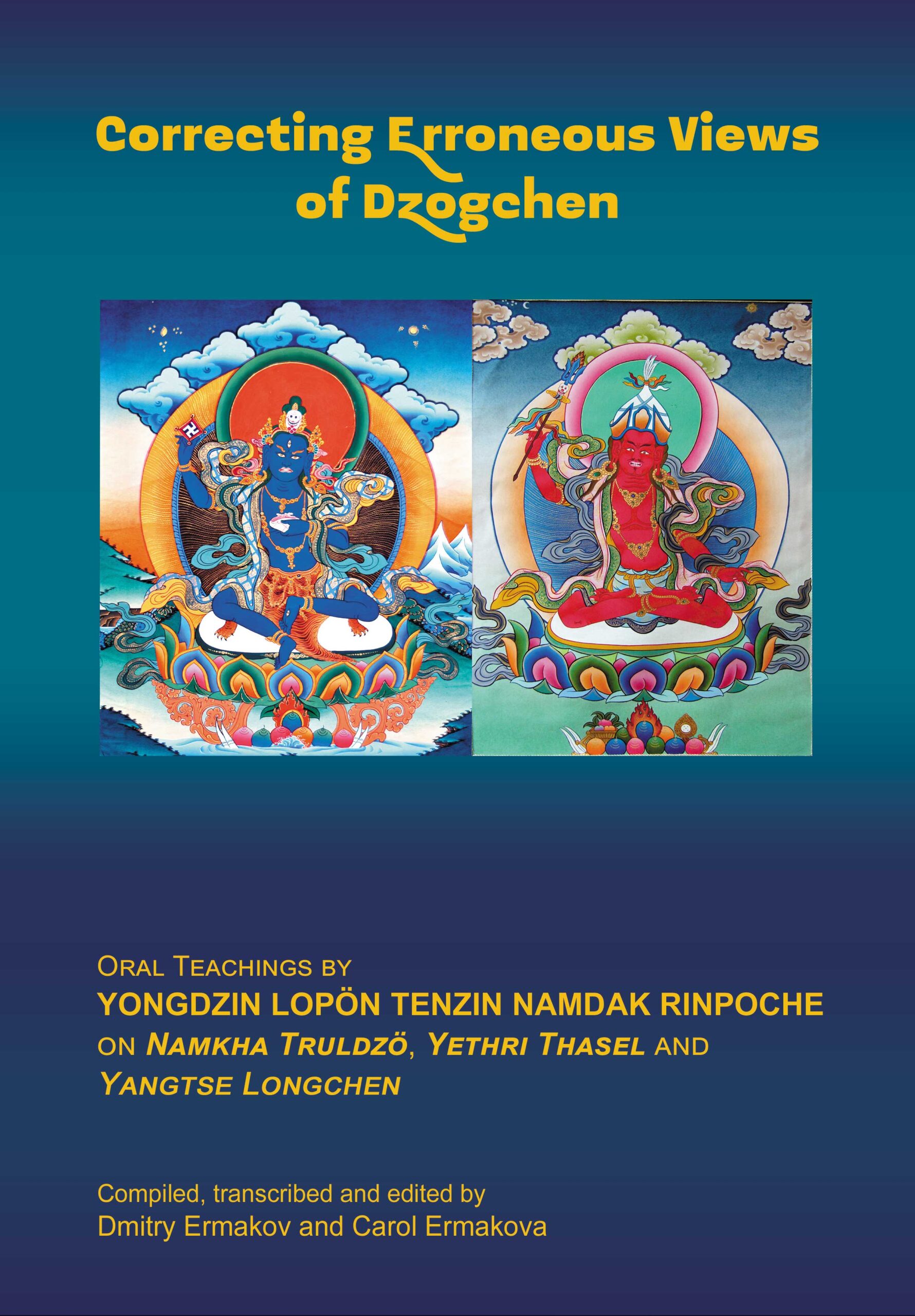 Today is the anniversary of Drenpa Namkha and his twin sons Tsewang Rigdzin and Pema Thongdrol, known together as Yabsesum (Tib. yab-sras-gsum, For more info please read article here: https://yungdrungbon.co.uk/2021/03/06/three-drenpa-namkhas-in-yungdrung-bon/). We are celebrating this day with the release of a new book: Correcting Erroneous Views of Dzogchen dedicated to the long life of Yongdzin Lopön Tenzin Namdak Rinpoche. This volume is a compilation of teachings Yongdzin Rinpoche gave between 2005-2009 and contains advice on how to correct common errors and mistakes that often arise when we try to understand and practise the Dzogchen View.

The first part is a re-edited extract from teachings Rinpoche gave on Drenpa Namkha’s Namkha Truldzö in the summers of 2005 and 2007. It includes both brief and extended explanations on the ten mistaken views of Dzogchen and clear instructions on how to correct these deviations.

The second part further examines the Four Samayas of Dzogchen. In the first of this two-volume series, Four Samayas of Dzogchen and Thirteen Points of Tantra, (published in 2020) this subject was discussed from the perspective of the Experiential Transmission of Zhang Zhung Nyengyu, the Nyamgyu. This time, the same topic is explained according to two other important Bönpo Dzogchen cycles: Yethri Thasel by Drenpa Namkha and Yangtse Longchen by Nyachen Lishu Tagring.

Like the first volume in this series, Correcting Erroneous Views of Dzogchen is intended for serious, experienced practitioners and is restricted to those who have taken part in at least three retreats on Bönpo Dzogchen in person, not on-line. The reason for this is explained in one of the texts herein:

“The qualified Master is allowed to give a copy of the book to the follower. This qualified Master has to choose whom to initiate – he cannot initiate more than seven pupils at one time, although as for teaching, he is allowed to teach some part of Dzogchen to larger groups; more people are allowed to listen and learn. They don’t understand or learn serious teachings, but they are allowed to listen to some general things about Dzogchen, such as history or semdzin. They are allowed to learn these things because that forges a connection with Dzogchen. Otherwise, Dzogchen is not for common practice. If you show or teach everything then your gold will turn to charcoal and be wasted. If you decide this doesn’t matter and that you are allowed to do these things, then they will be judged by normal people and lose value.”

To order a copy, please fill in the order form below with details of at least 3 Bönpo Dzogchen retreats you have attended in person. We will then send you an order link.