Structure of the Foundation﻿﻿

The Foundation is a charitable organisation based on international collaboration, initially consisting of Yongdzin Lopön Tenzin Namdak Rinpoche as honorary member and Dmitry Ermakov and Carol Ermakova as founding members.
Proceeds from all materials produced by the Foundation, such as books, documentaries, videos,  practice manuals, are reinvested into the Foundation.

Objectives of the Foundation 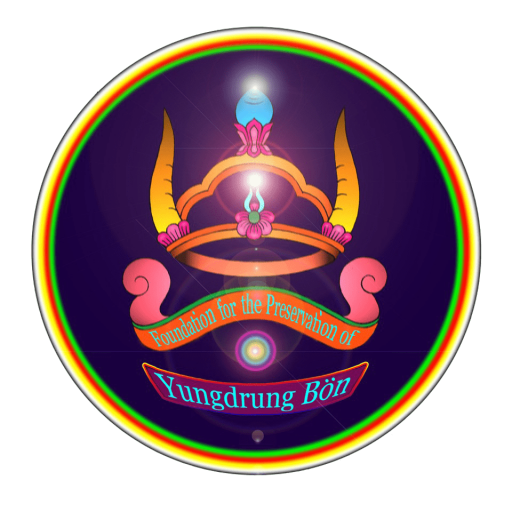 The Foundation implements its aims through the following broad charitable activities:

1. Translation of key texts and production of books and other educational study materials
2. Transcription of teaching seminars given in English by erudite, bona-fide teachers
3. Facilitation of practical seminars and retreats
4. Creation of an archive containing both digital and physical records. This shall be made available to the international academic community.
5. Facilitation of research into all aspects of Bön, Zhang Zhung and other geographical areas where Bön is or was practised
6. Education, including Tibetan language courses and seminars covering the art, medicine, astrology and other aspects of the Yungdrung Bön tradition
7. Support of institutions and individuals pertaining to the Yungdrung Bön religion in situ, largely through education; the world is changing and modern skills are needed to survive in modern times and to ensure this ancient tradition is preserved on an international level. The Foundation shall therefore actively seek funds to invest into the education of teachers, including English language and IT courses. It shall also support traditional skills such as religious art, medicine etc.

With the support and blessings of Yongdzin Lopön Tenzin Namdak Rinpoche, Foundation for the Preservation of Yungdrung Bön was founded in July, 2012 by Carol Ermakova and Dmitry Ermakov﻿. The organisation was officially registered as a UK Charity in July 2017. We are delighted to have Yongdzin Rinpoche is our Honorary Member.

Since leaving Tibet during the Chinese Cultural Revolution, Yongdzin Rinpoche has devoted his whole life to preserving his lineage for future generations, and an important aspect of this is publishing books. His first mission in exile was to collect the scattered copies of the Bön Kanjur and Katen which had either been miraculously smuggled out of Tibet or had survived in ancient Bön temples in Nepal. Yongdzin Rinpoche’s aim was to gather and reprint the necessary texts to re-establish the Geshe training programme in exile, and it is thanks to his tireless efforts that many contemporary Bönpo lamas now have the knowledge and qualifications to teach.

Here in the West, we are very fortunate. We can simply browse the internet or look in a bookstore to find many books on Buddhism, and even a few on Bön. However, authentic translations by erudite masters are very rare indeed, so it is our joint responsibility to do all we can to ensure the teachings of great master, Yongdzin Rinpoche and other erudite Bönpo lamas, are recorded intact, seriously and respectfully, not only as study and practice aids for ourselves, but also as an invaluable legacy for future generations. As Yongdzin Rinpoche is the current, supreme lineage holder and because many contemporary teachers received teaching and empowerments from him, his teachings and translations are especially precious as they are imbued with the powerful blessings of the living lineage transmission.

For over 20 years, our Founding Members Carol Ermakova and Dmitry Ermakov have been working closely with Yongdzin Rinpoche and other lamas transcribing and editing Bönpo texts. They have recently been joined by a team of translators for Chinese, French, German, Italian, Japanese and Russian. All our staff are unpaid volunteers.

As Yongdzin Rinpoche says: ‘Books are my friends.’

“I first met Yongdzin Rinpoche in Amsterdam in 1995 and immediately felt a deep connection. When I visited him in Triten Norbutse early the following year, he asked me to help him translate a prayer into English and that was how it all began. While I was living in Shenten Dargye Ling, France (2005-6), with my husband Dmitry as the centre’s first caretakers, Yongdzin Rinpoche tasked us with publishing his teachings and following his detailed instructions, we began transcribing and translating in earnest. As a qualified translator working with UNESCO and independent authors and with over 30 published translations, I am honoured to use my professional skills in this way.”

“I began practising Yungdrung Bön after receiving teachings from Yongdzin Rinpoche in 1995 and began translating with him in Triten Norbutse monastery a few months later. When a Bön centre, Shenten Dargye Ling, opened in France (2005), my wife and I were asked to stay there as gekhö-caretakers and work on transcripts. From 2009-10 I studied Tibetan with Prof. Charles Ramble at Oxford University and as well as lecturing in several universities, Published works include Bө & Bön, my in-depth research on Buryatian Bө Murgel and Tibetan Bön (2008).”

“I met Yongdzin Rinpoche in 1991 and have ever since been blessed and privileged to learn from him and under his guidance. Carol and Dmitry I have known nearly as long. (We met in Triten Norbutse.) It is a pleasure to participate in their projects.”

“I began studying and practising meditations according to the Bön tradition in 1995. I have stayed in Triten Norbutse monastery, Nepal, for long periods of time and that is where I learnt Tibetan and came to know many Bön practices. Over the years, I have received numerous teachings and initiations from several Bön lamas. I am now devoting myself to translating Bönpo Dzogchen texts into Japanese and introducing Dzogchen meditation to people in my native land.”

“I’ve been following the Yungdrung Bön tradition since my first encounter with Bön in November 1997 through Lama Khemsar. Until 2006, I was president of the Kunzhi Ling association in Italy devoted to preserving and spreading Yungdrung Bön and for many years I collaborated with Lama Khemsar to translate practices into Italian. I also led weekly practice sessions. In 2003, I was fortunate to receive initiation into all the Bön lineages from Yongdzin Rinpoche in Triten Norbutse monastery. Since 2007, I have dedicated herself to personal practice and deepening my knowledge of Bön.”

﻿”I first met Bön teachings through Tenzin Wangyal Rinpoche in 2008. Later that year, I was greatly inspired when I met His Holiness Lungtok Tenpai Nyima Rinpoche and H.E. Menri Lopön Trinley Nyima Rinpoche in Menri Monastery, India. The following year I visited Triten Norbutse Monastery in Nepal and there I met Khenpo Tenpa Yungdrung Rinpoche and Yongdzin Tenzin Namdak Rinpoche. I have spent long periods in India and Nepal. In 2014 I graduated from the Three Doors Academy Europe and over the years I have organised several Bön seminars in Italy thus gaining experience in translating the teachings from English to Italian. In 2018, I founded Lungtok Ling, an association aimed at increasing awareness about the dying process according to Bön teachings.”

“I started to study Yungdrung Bön in 2010. Karma works in its mysterious way – the minute I met my lama, I knew I had found the life which I had always wanted. Ever since then I have dedicated all my time to practice and meditation. Studying by my lama’s side in the monastery for several years, I enriched my knowledge and received numerous teachings. Then I decided to use my ability to translate some of Yongdzin Rinpoche’s precious English teachings into Chinese and hopefully benefit whoever wants to study Yungdrung Bön. I hold great respect for Dmitry and Carol, and am very grateful to be part of their project.”

“I was fortunate to meet the Yungdrung Bön tradition at Menri Monastery in India and receive  teachings from H.H. 33rd Menri Tridzin Rinpoche in 1997. Two years later,  I took monastic vows there. I believe it is important to make the precious teachings available worldwide. They should therefore be translated into many languages for all practitioners. I can contribute by translating from English to French, my native language.”