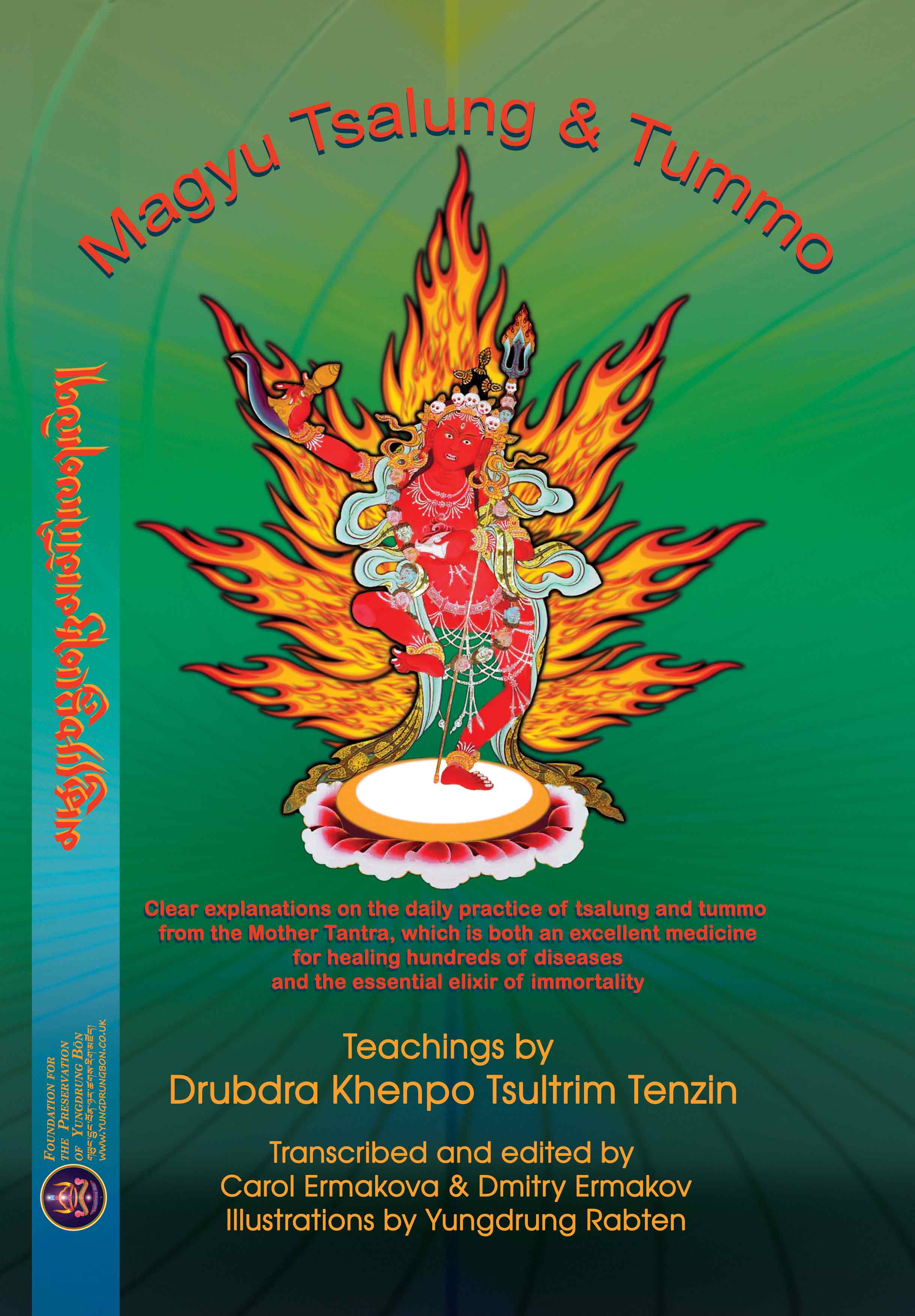 Soon after Magyu Tsalung & Tummo was published in November 2018, we began receiving requests to create an eBook version because it is difficult and expensive to get the printed book delivered to some regions of the planet. So we are delighted to announce that this popular practice manual is now available in EPUB3 Fixed Layout format. Besides the plentiful colour illustrations of chakras and channels found in the printed book, this eBook Edition also contains eight embedded videos in which Drubdra Khenpo demonstrates the thrulkhor movements performed together with breathing and visualisation. So, together with the author, Drubdra Khenpo Tsultrim Tenzin of Triten Norbutse Monastery, it is our hope that this digital version will reach anyone who is interested to learn and practise tsalung and tummo according to the Mother Tantra of Yungdrung Bön, wherever they are.

ORDER THE BOOK ON GOOGLE PLAY

Magyu Tsalung & Tummo is the first such detailed and richly illustrated manual for the ancient practice of yoga of winds, channels, inner heat and physical exercises. Here, Drubdra Khenpo Tsultrim Tenzin teaches a text extracted from the Mother Tantra of Yungdrung Bön, the spiritual tradition of Tibet which stems from the Central Asian Buddha Tönpa Shenrab Miwo who predates the more widely known Indian Buddha Shakyamuni by thousands of years.

While these techniques were previously reserved for those initiated into the Mother Tantra, Drubdra Khenpo has decided to share his daily practice with a wider audience because these methods have the potential to bring profound benefit not only for the development of meditation but also for health.

The tsalung and tummo techniques explained in detail here can be practised safely, but it is advisable to receive scriptural authorisation and further instructions from the master in order to avoid common pitfalls and further develop your practice.

Drubdra Khenpo Tsultrim Tenzin was born in Yetha in the Hor region of East Tibet, in 1968 to a Bönpo family of nomadic cattle herders. He entered Lungkar Monastery at the age of nineteen, then the Menri Monastery in Central Tibet six years later. In 1993 he joined Triten Norbutse Monastery in Kathmandu, Nepal, where he studied Sutra, Tantra and Dzogchen with his root Master Yongdzin Lopön Tenzin Namdak Rinpoche. In 2001 he obtained his Geshe degree (PhD) there.

In 2002 Tsultrim Tenzin was appointed by Yongdzin Rinpoche as the Abbot of the Meditation School in Triten Norbutse. Since then he has been teaching Dzogchen in the meditation school and other subjects in the dialectic school.

Alongside teaching, Khenpo Tsultrim Tenzin Rinpoche has been practising Dzogchen meditation and Magyu tsalung, thrulkhor and tummo for two hours every morning. He sometimes travels to Tibet, China, Japan, Europe and England to teach Bönpo Dzogchen, Tantra and tsalung.

ORDER THE BOOK ON GOOGLE PLAY