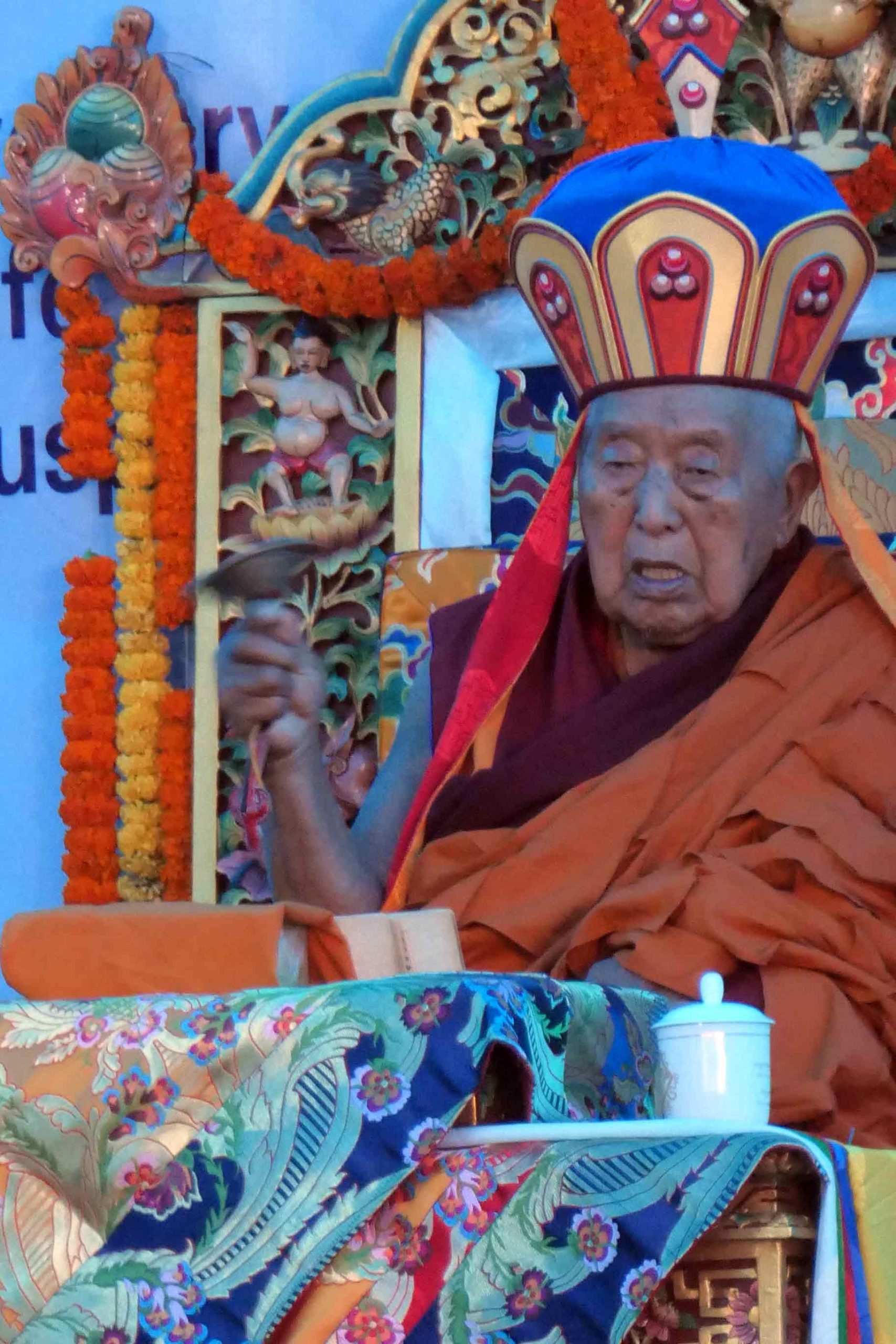 Dear Friends and fellow Bönpos! Today Foundation for the Preservation of Yungdrung Bön is celebrating its 3rd anniversary as an educational charity officially registered with the Charity Commission. We’d like to take this opportunity to thank all our volunteers for their dedicated hard work, and to thank the international Sangha for your support throughout the year.

Here are some snapshots from the last 12 months:

The highlight of the year was of course the Tenzhug ceremony for Yongdzin Rinpoche held in Triten Norbutse Monastery in February. It was a truly joyful occasion, and we were touched to see our publication of Du Tri Su being used by Tibetan Bönpos as well as the Western sangha.

Just a few weeks earlier, another sadhana produced by FPYB, The Secret Practice of Khöpung Drenpa’s Innermost Essence, was reprinted and used during the consecration and official opening of Thegchen Zhide Dargyeling, the first Bön monastery in Mongolia. Several copies are still kept there.

While in Kathmandu, at the request of Yongdzin Rinpoche and with the kind help of Geshe Samten Tsughpü, Dmitry managed to organise shipment of two new thangka books to the British Library in London. They are now in the Tibetan Collections, Asian and African Studies and can be viewed by the public.

This year we published 2 translations, Tsalung i Tummo in Polish (September) and Approccio allo Dzogchen (August) in Italian (see https://yungdrungbon.co.uk/publications/). Translations of other books into Italian, Russian, German, French, Japanese and Chinese are underway – watch this space!

The last few months everyone has been affected by the global Corona Virus pandemic. We all very much appreciate the support of our Masters at this time, especially the videos Yongdzin Rinpoche sent out from Triten Norbutse. At the request of the Russian sangha, FPYB translated Rinpoche’s first message of advice into Russian (https://tinyurl.com/ycby3hxk), and made a transcript of Rinpoche’s detailed instructions on how to practice Guru Yoga with Yeshe Walmo (https://tinyurl.com/y93j7kv7).

With Yongdzin Rinpoche’s permission, we edited the detailed instructions Rinpoche gave 17 years ago during the SARS epidemic on all aspects of the Healing Practice of  Yeshe Walmo and made this small booklet available to those with transmission.

Prompted by a request from a German sangha member, FPYB organised the mammoth task of shipping 300 sets of protective Sidpai Gyalmo medicine and tankga cards from Kathmandu to practitioners all over the world. Special thanks to the staff of Sorig Bumshi medical school for preparing the medicine, to Waltraut Ott and Andrzej Nieckula for arranging shipment to UK. Thanks to the blessing of Yongdzin Rinpoche and the Protectors, Carol and Dmitry were able to post over 65 packets to over 20 countries, and they all arrived safely!

Last summer we launched our new website, with a new page dedicated to articles on Bön (https://yungdrungbon.co.uk/articles/). To date 8 articles have been published, including one in Russian. Topics range from Dzogchen to the symbology of the swastika. We look forward to adding more articles and multimedia presentations soon.

We will soon be releasing a new book of Yongdzin Rinpoche’s teachings:  Four Samayas of Dzogchen and Thirteen Points of Tantra. Watch this space!