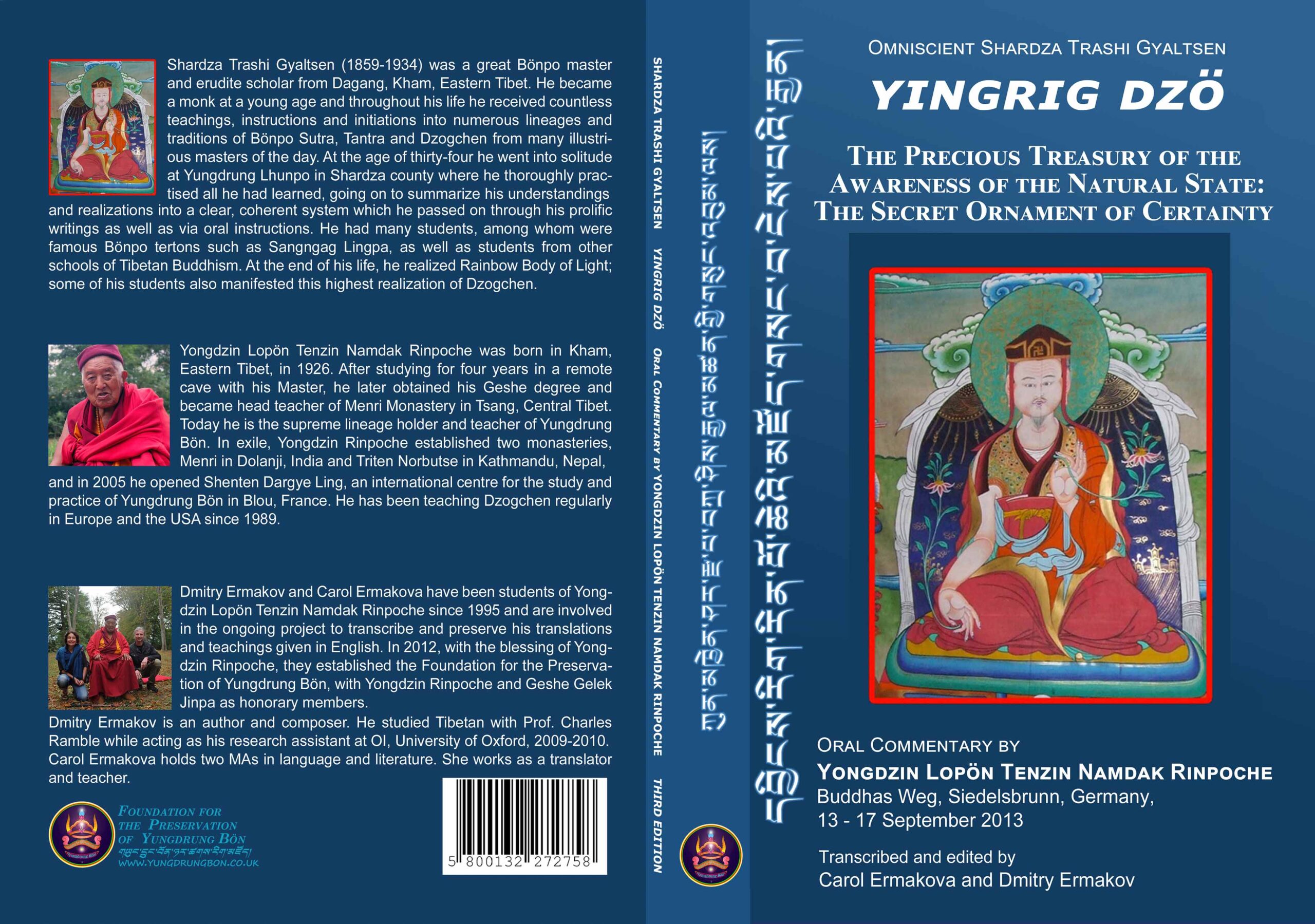 Today on the 13th lunar day of the 4th month of the Tibetan calendar, Bönpos celebrate the anniversary of the great practitioner and scholar Shardza Trashi Gyaltsen, who attained Rainbow Body in the 20th century.

Shardza Trashi Gyaltsen (1859-1934) was a great Bönpo master and erudite scholar from Dagang, Kham, Eastern Tibet. He became a monk at a young age and throughout his life he received countless teachings, instructions and initiations into numerous lineages and traditions of Bönpo Sutra, Tantra and Dzogchen from many illustrious masters of the day. At the age of thirty-four he went into solitude at Yungdrung Hlunpo in Shardza county where he thoroughly practised all he had learned, going on to summarize his understandings and realizations into a clear, coherent system which he passed on through his prolific writings as well as via oral instructions. He had many students, among whom were famous Bönpo tertons such as Sangngag Lingpa, as well as students from other schools of Tibetan Buddhism. At the end of his life, he realized Rainbow Body of Light; some of his students also manifested this highest realization of Dzogchen.

“According to your time, everybody, try to practise. That is my request. Guru Yoga is of paramount importance. This knowledge [of Dzogchen] can only be realized through Guru Yoga, through the blessings we receive from the Lineage Masters who hold this knowledge. Therefore, most importantly, we need to say prayers and have devotion to these Lineage Masters and the Dzogchen View. The Dzogchen View is real, pure dharmakaya which is connected to each being individually, yet still we don’t recognize it, we don’t know or respect it, so then even though it can never be spoilt anywhere in any way, if the individual doesn’t know this precious knowledge by themselves, then this is their fault, it is a problem. That is why you need to practise Guru Yoga and try to practise as much as you could. That is the essence, that is the essential practice of our human life.”

Anyone who has participated in at least 3 Bönpo Dzogchen retreats in person or received transmission and teachings for this text can now order the book YINGRIG DZÖ – The Treasury of the Awareness of the
Natural State: The Secret Ornament of Certainty from RESTRICTED BOOKS section of FPYB website.