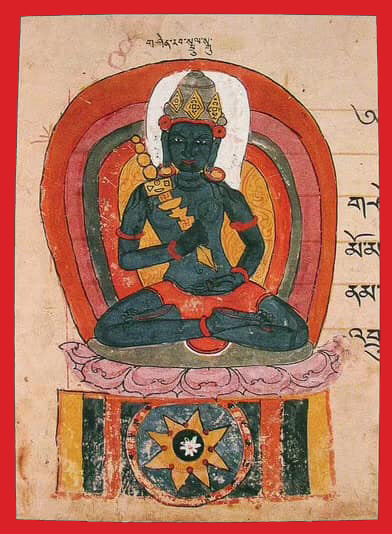 One may rightly ask: Why do we celebrate this anniversary in the twelfth month when it is said that Buddha was born in the first lunar month? The answer is: It is because this date is according to the ancient Zhang Zhung and Old Tibetan calendar which comes one month earlier than the current official Tibetan calendar calculated according to Hortsi or Horda – the Mongolian system (Tib. hor-rtsis / hor-zla) – that was introduced to Tibet in the thirteenth century by Chögyal Phagpa (Tib. Chos-rgyal ‘phags-pa), the Sakyapa (Tib. Sa-skya-pa) hierarch and tutor of the Mongol ruler of China Khubilai Khaan. The new calendar was mainly introduced as a political move to align the Tibetan and Chinese calendars so that the New Year would start on the same day of the same lunar month.[1]

Dates for Tönpa Shenrab’s life are calculated on the basis of the traditional interpretation of one shen-year (Tib. gshen-lo) being equal to one hundred human years. As it is said that Tönpa Shenrab Miwo lived 82 shen-years, his whole lifespan according to this reckoning is 8,200 years. But there are several other views on the date of Tönpa Shenrab’s birth, and his lifespan:

During his life, Shenrab Miwo manifested The Twelve Deeds of Buddha (Tib. Mdzad-chen bcu-gnyis). Here is a brief summary of this traditional account:

[4] See Ermakov, Dmitry. Bѳ and Bön: Ancient Shamanic Traditions of Siberia and Tibet in their Relation to the Teachings of a Central Asian Buddha, (Kathmandu: Vajra Publications, 2008), Spread of Bön in Eurasia, pp. 704-705.