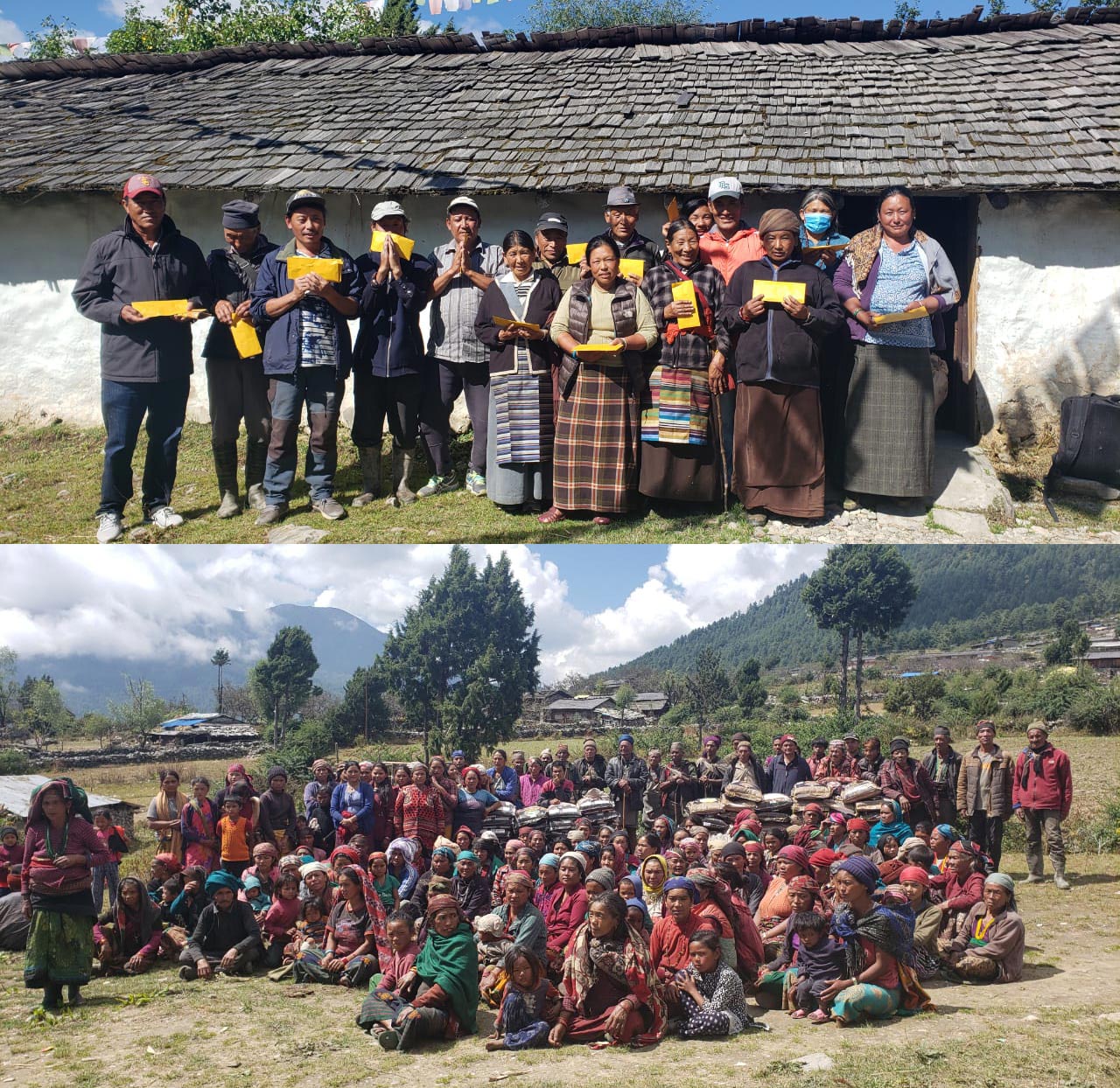 Dear Friends! We are delighted to share this report from the Tibetan refugee settlement in Dhorpatan with you.

Thanks to a great collaboration between Foundation for the Preservation of Yungdrung Bon (UK), Nyerpa Yungdrung Tsultrim of Triten Norbutse Monastery, Kathmandu), Khenpo Gelek Jinpa (Shenten Dargye Ling, France), Norzin Ling (Dhorpatan) and the local distribution committee, your generous donations have reached the people of Dhorpatan!

Here is a thank you letter we received from the Distribution Committee on behalf of all the villagers:

Due to lockdown, the funds were blocked in Kathmandu for a couple of weeks, but this turned out for the best because, unfortunately, during that time, Dhorpatan was hit by devastating floods and mudslides that washed away many houses and tragically killed several people, leaving some children orphaned. When the FPYB aid reached Dhorpatan earlier this month, the committee were able to help those most severely affected, giving money as well as food aid.

Thanks to your generosity, 93 sacks of rice, 225 bags of dahl lentils and 227 bags of salt were distributed to the families both Nepali and Tibetan, as well as to the nomadic people grazing their herds nearby. About half of the funds donated was shared out among the families according to their needs, so they can buy seeds and seed potatoes for replanting next Spring.

As you can see from the short photo report, the distribution of food aid was very well organised, with villagers coming from miles around to collect their rice, dahl and salt. The road is bad, especially after the floods, so horses carried the relief aid up to the Tibetans living higher up the valley. Each cash receipt was carefully recorded and signed for, sometimes simply with a thumb print. And there were smiles all round.

We are really happy to have been able to help the earliest Bon settlement in exile and their neighbours in this way. Thank you all once again!