Biography of Yongdzin Rinpoche is now out in English.

Biography of Yongdzin Rinpoche is now out in English. 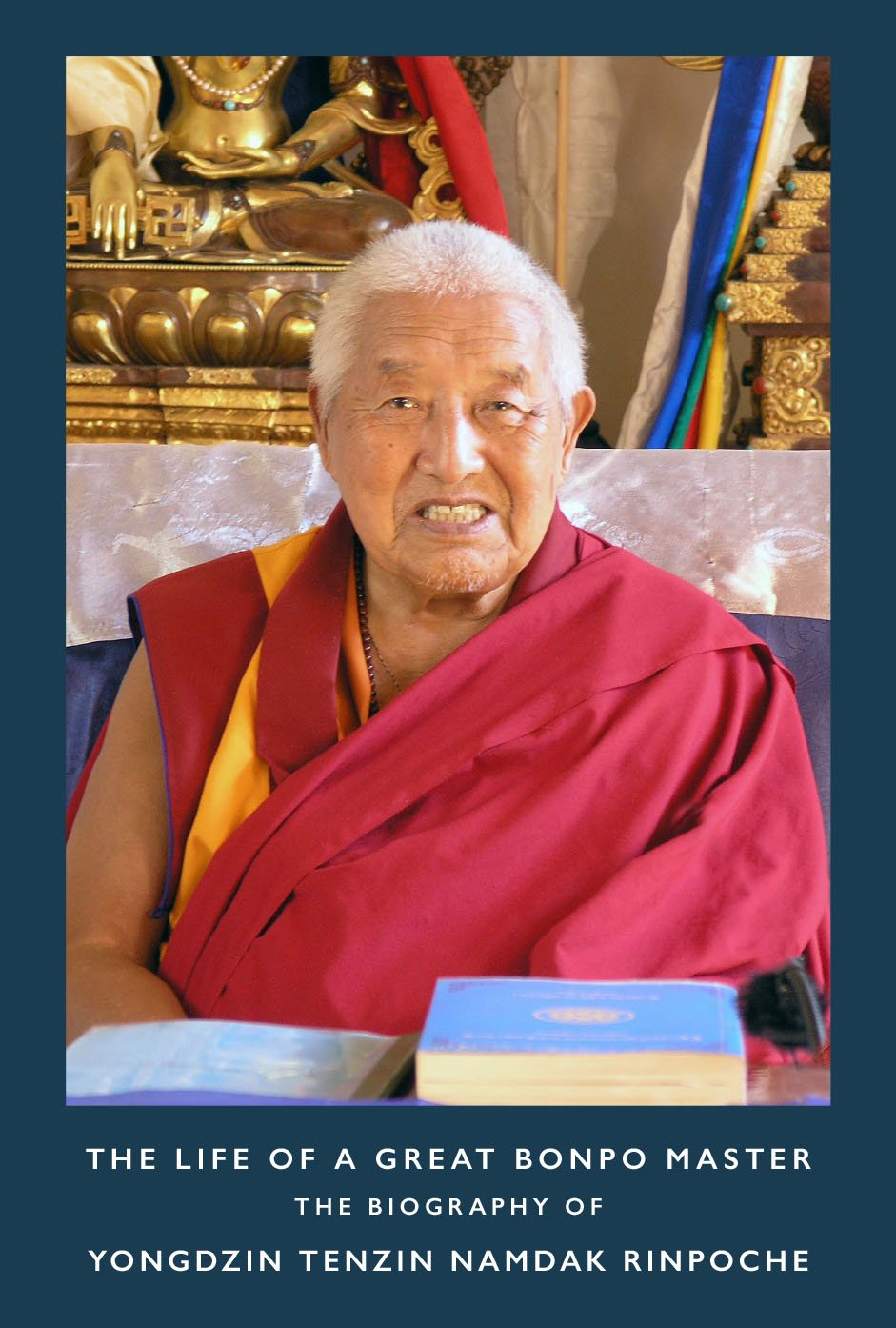 From his early childhood in East Tibet, the boy who would later come to be known as Yongdzin Tenzin Namdak Rinpoche wanted nothing more than to devote his life to meditation and spiritual discovery, and to learn the ancient wisdom of Bon from Tibet’s greatest masters. His life changed when, as a young apprentice, he accompanied a team of mural painters to Central Tibet for a commission at a famous Bonpo monastery. When the team left, he remained behind, took monastic vows and soon rose to become the senior teacher (lopön) of Menri Monastery. However, the quiet life of the monastery was soon shattered by political upheavals and the persecution of all religious institutions by the new Communist regime. Lopön Tenzin Namdak was shot and arrested, but made a dramatic escape to Nepal, from where he continued on to India. The challenge that he now faced was nothing less than ensuring the survival of the Bon religion itself. Through an exemplary life of hard work, teaching, meditating and writing, Lopön Tenzin Namdak provided the inspiration for fellow-lamas, disciples and well-wishers to join the quest to establish Bon on a firm footing in exile. The religion now has a growing following in many countries, and is once again flourishing in its Tibetan homeland.

This work is a compilation of different accounts of the life of Yongdzin Lopön Tenzin Namdak Rinpoche. The core is a Tibetan language account based on Yongdzin Rinpoche’s own diaries and on interviews with numerous people, composed by a committee of his disciples under the direction of Khenpo Tenpa Yungdrung Rinpoche, the abbot of Triten Norbutse Monastery in Nepal. That short work of six chapters was published in 2005 to mark Yongdzin Rinpoche’s 80th birthday. An English translation of the Tibetan text was later made in Dharamsala by Dhondup Tsering in 2007. The present work is an expanded account based on the original biography and supplemented with material from extensive interviews conducted with Yongdzin Rinpoche, as well a record of his activities in the years following the publication of the original work. The biography is followed by a glossary of Tibetan terms and the names of places, people and teachings that appear in the work.