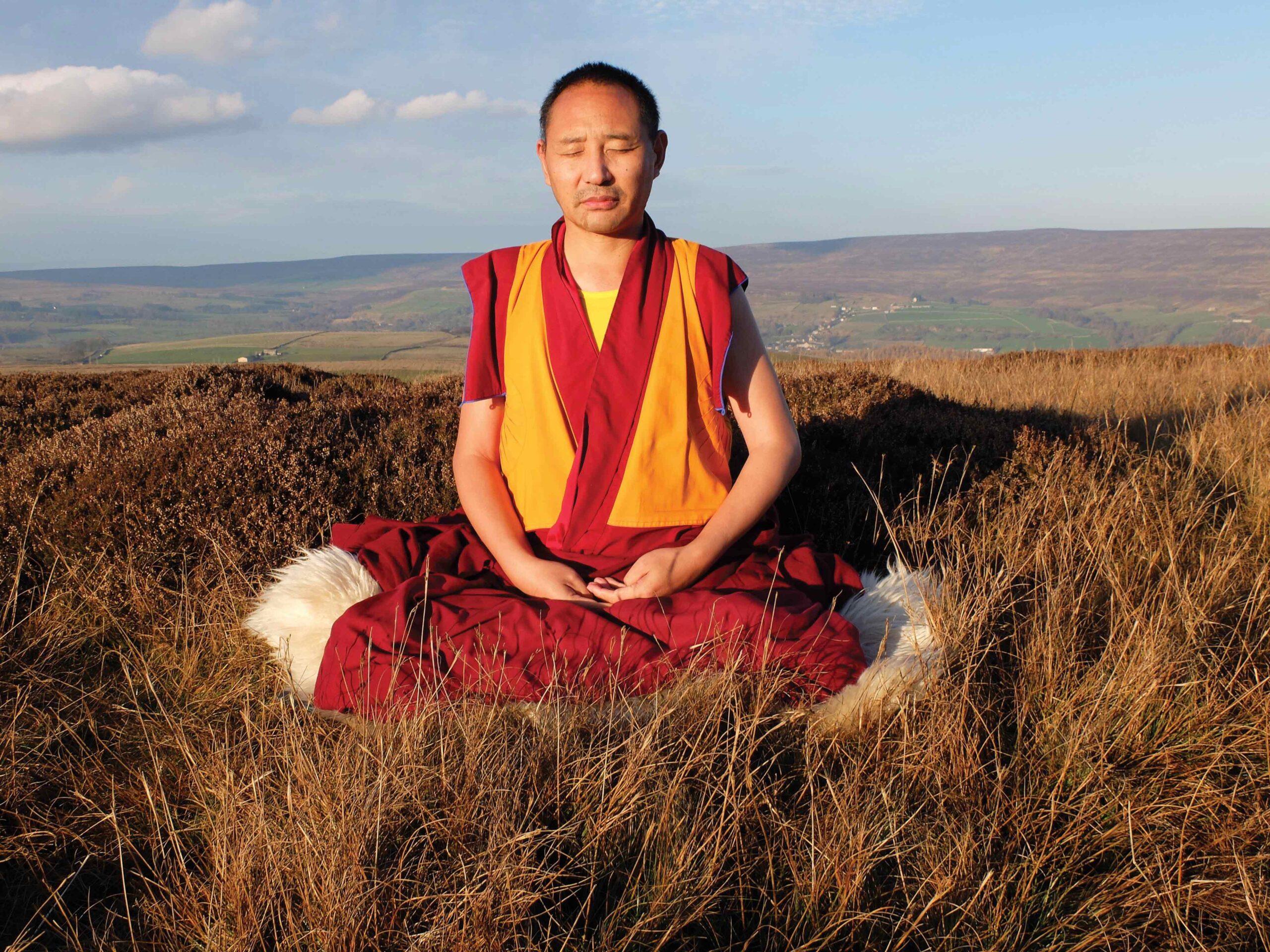 Drubdra Khenpo Tsultrim Tenzin was born in Yetha in the Hor region of East Tibet (Kham), in 1968 to a family of nomadic cattle herders. As a boy, he helped his parents and grandfather tend the sheep and yaks, and learnt reading and writing from his grandfather. When he was nineteen, he entered the Lungkar Monastery where he received teachings from lamas such as Uri Lama Nyima Lodrö and Lopön Drangsong Yungdrung. During this time, Tsultrim Tenzin completed the traditional preliminary practices, studied Tibetan grammar and poetry as well as various aspects of Bönpo philosophy such as logic, parchyin, wuma, dulwa and cosmology.


At the age of twenty-five, he moved to Menri Monastery in Central Tibet where he studied with Pönlob Kalzang Nyima from whom he received teachings on Denö Dzö authored by Shardza Trashi Gyaltsen Rinpoche (1859-1935) and the A-Thri Bönpo Dzogchen manual and gained the experiential understanding of Great Perfection. In 1993 Tsultrim Tenzin made the arduous journey to Triten Norbutse Bönpo Monastery in Kathmandu, Nepal, to study intensively with his root Master Yongdzin Lopön Tenzin Namdak Rinpoche, under whose guidance he deepened his knowledge of Sutra, Tantra and Dzogchen. He also learnt astrology, traditional Tibetan medicine, and Sanskrit.


While studying, Tsultrim Tenzin served as the monastery’s chant master for six years, and as gekhö disciplinarian for three years. After completing the 14-year study programme, he passed the Geshe examination in 2001 and received his Geshe degree (roughly equivalent to Doctor of Philosophy).


The following year, in 2002, Tsultrim Tenzin was appointed, by Yongdzin Lopön Tenzin Namdak Rinpoche, as Drubdra Khenpo – Abbot of the Meditation School – in Triten Norbutse Monastery. Since then he has been teaching Dzogchen in the meditation school there as well as Sutra, Tantra, Dzogchen, astrology and mandala painting in the monastic dialectic school.


Alongside teaching, Khenpo Tsultrim Tenzin Rinpoche has been practising Dzogchen meditation and Magyu tsalung, thrulkhor and tummo for two hours every morning. He sometimes travels to Tibet, China, Japan, Europe and England to teach Dzogchen, Tantra and tsalung.